The Description of the Rawdah

Here's a diagram taken from HajjUmrahPlanner.com: 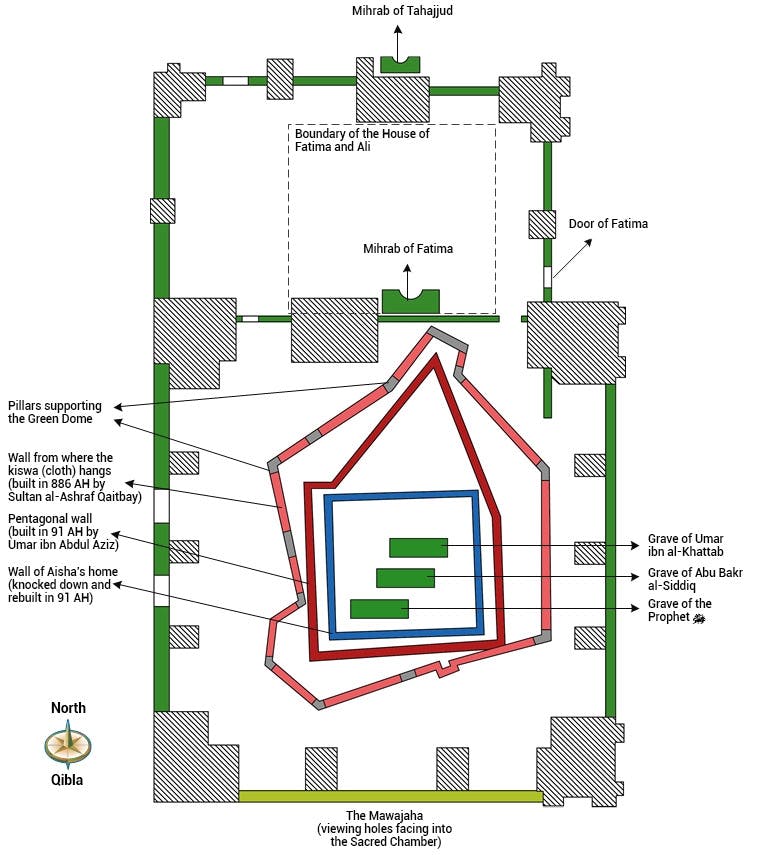 The brief description of the Rawdah is followed by a narration of Aisha, may Allah be pleased with her:

“I saw three moons falling into my room. I told my vision to Abu Bakr, may Allah be pleased with him. He told me, ‘O Aisha, there will be three buried in your house. They are better than all the people of the earth’. When the Messenger of Allah ﷺ passed away, he was buried in my house, Abu Bakr, may Allah be pleased with him, said to me, ‘This is one your moons and he is the best of them, Allah’s blessings and peace be upon him and his family”


Later copies of the Dala'il Al Khayrat include illustrations of the Rawdah and the Haram in Makkah: 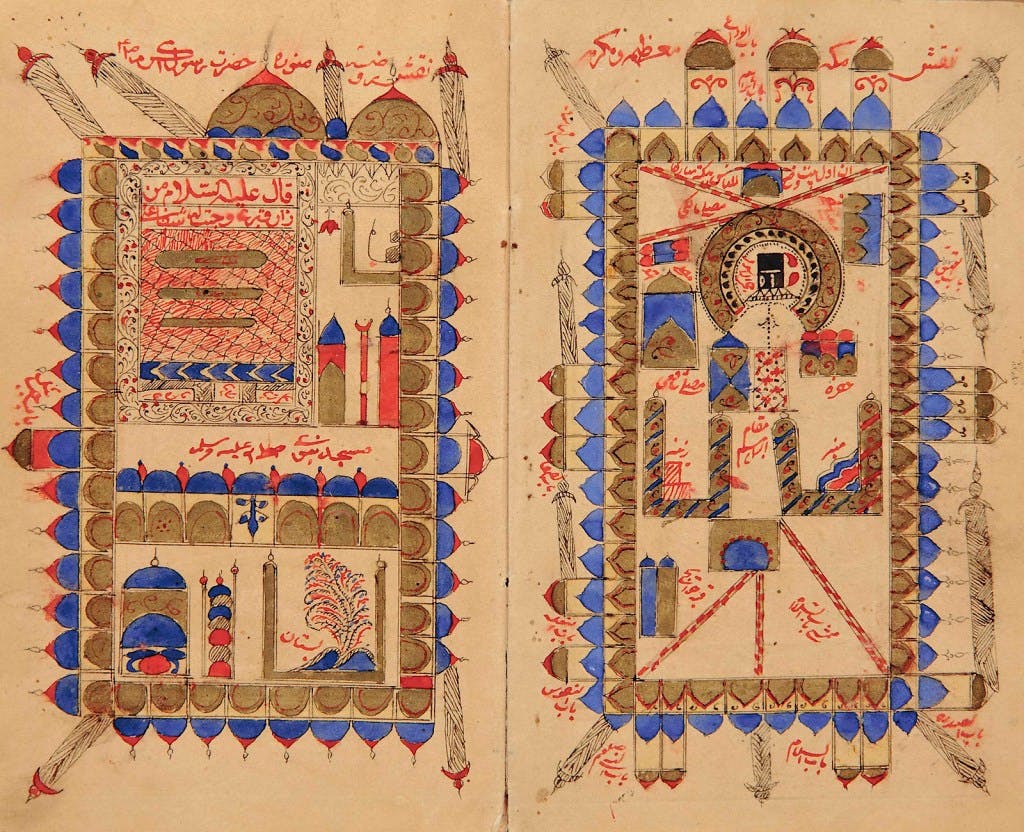 In contrast to the diagrammatic illustrations above, the Holy Mosques of Makkah and Medina were presented with panoramic views. The dome of the Prophet’s ﷺ Mosque in Medina was painted green in 1837 and is depicted as such in the illustration below, created two decades later. 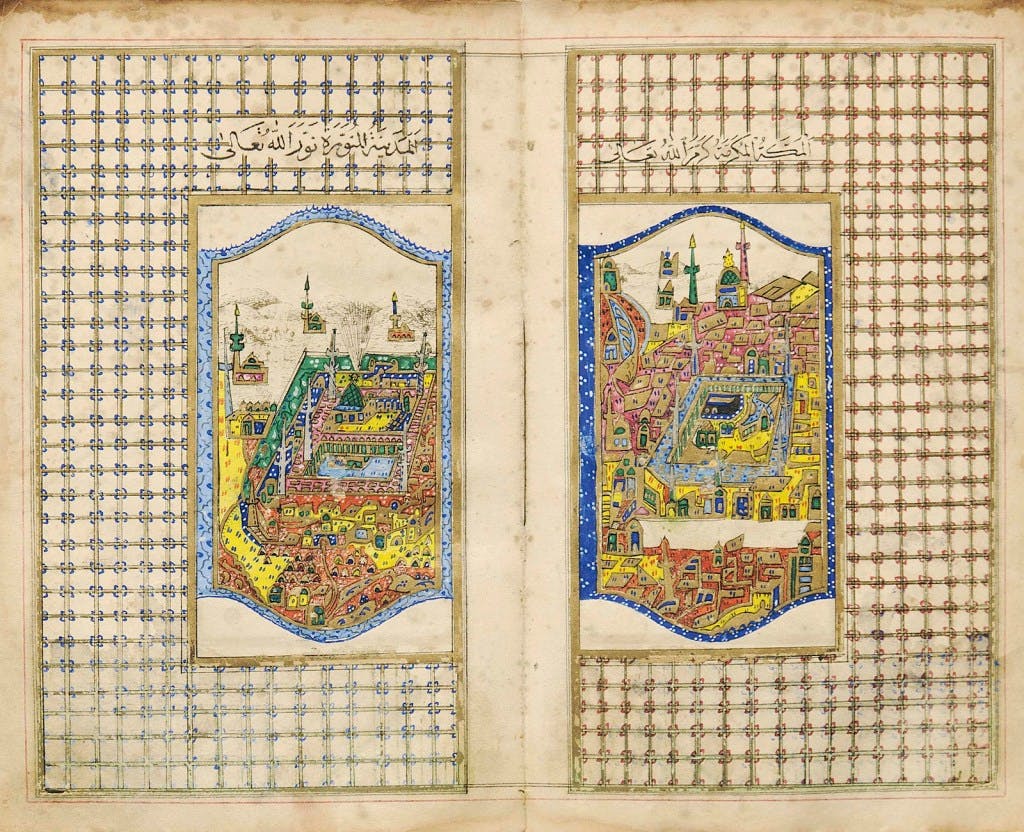